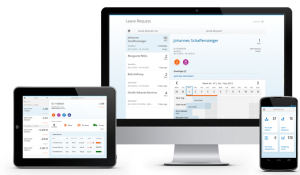 SAP Fiori User Experience (UX) and SAP Screen Personas are now free, but what do they do and how can you benefit? In this insight we aim to explore the use cases for each of these two products, to show how you can bring a modern look and feel to your SAP solution without having to break the bank.

Click on the toggles below for more information on each…

SAP Fiori (translation of ‘flowers’ in Italian) was launched in 2013 and now comprises of over 360 role based applications (~120 relating to transactional processing) covering the core SAP software functions. Their aim is quite simple; to modernise the SAP User Experience, which for the last 20 years has largely stayed the same.

We’ve all become use to using small, accessible, simple applications on our phones and tablets so why can’t enterprise applications functions in the same way? If you were asked to list the most easy to use applications then Google, Amazon, Facebook or Twitter would be the top of most people’s list in terms of their accessibility, simplicity and speed of use. SAP, on the other hand, would be unlikely to feature.

SAP Fiori applications (and SAP Screen Personas – see below) are SAP’s answer to this problem; centred around people and their goals, the SAP Fiori applications provide a simplified, intuitive and modern  method to utilise SAP that is much more relevant to today’s workforce. The most commonly used functions are now available in application form (known as transactional applications), covering core tasks such as: Create Sales Orders, Approve Purchase Orders, Create Leave Requests, Confirm Production Orders, and so on… (a full list is available here).

One of the neatest things about the SAP Fiori Apps is their ability to provide a consistent look and feel across multiple devices: desktop, tablet or mobile. This great feature is shown in the below video from SAP, which also provides an insight into the general simplicity of the applications:

Each application has been built with 5 core design principles in mind:

The central component to the SAP Fiori user experience is known as the Launchpad. This provides the fundamental functions such as logging on, navigation between apps, role based application catalogues. This becomes the one stop shop for all SAP related activities (assuming all your functions are supported by Fiori applications of course! More on this later).

As we’re sure you’ll agree, SAP Fiori app’s are great, but what if your commonly used functions are not yet covered by the available SAP Fiori applications? What are your options if you want to personalise these functions even further for the key roles across your organisation? You’ll still want to ensure that your user’s experience is leading edge and that system usage doesn’t become a barrier to productivity. Traditionally, this could have involved complex modifications or ‘cloning’ of SAP transactions with customer specific coding. With the advent of SAP Screen Personas this is no longer the case; neatly described by SAP as ‘Personalisation without Programming’, SAP Screen Personas allow for a high degree of customer specific personalisation to the front end without the need for complex coding. 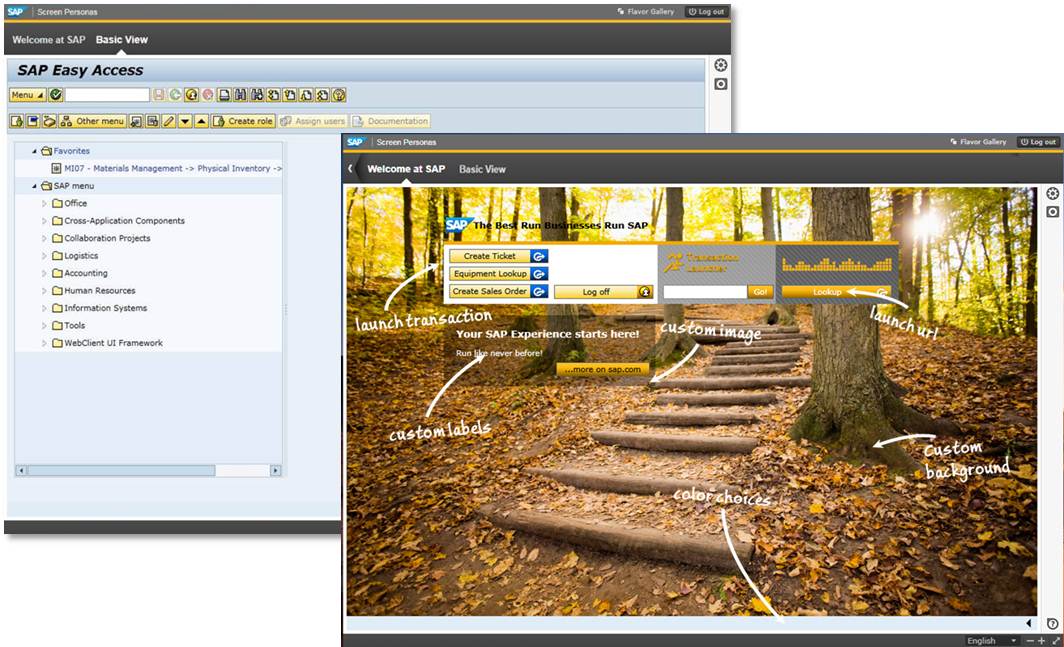 SAP Screen Personas enables you to redesign your classic SAP GUI screens without needing to change SAP code; effectively this is the ‘DIY’ of SAP GUI simplification. Through the addition of an abstraction layer on top of the SAP GUI transactional screens, intuitive, easier to use screens can be created very quickly. This is the tool to use to tailor your SAP experience to your exact needs and requirements; transforming your existing SAP GUI transactions into a brand new user experience. If required, you can have multiple variants or ‘flavours’ of SAP Screen Personas per transaction; one for each main user group / department.

Through SAP Screen Personas you would choose to expose only those fields that require specific user attention, everything else can be simplified; for example we can de-clutter and remove unused fields, remove buttons and controls, amend menu’s and field labels, combine fields from multiple tabs into one screen, and even automate specific aspects of the process through simple scripting. On top of that you can also introduce your own corporate graphics and images, therefore making the user experience truly unique to your company.

There are, as you might expect, some limitations. SAP Screen Personas currently only work with SAP ERP systems, where the transactions are rendered via the SAP GUI. As such, it doesn’t yet support SAP SRM or SAP CRM systems. However, these un-supported systems tend to use the newer user interface technologies in the first place (e.g Web Dynpro), so hopefully their own user experience isn’t yet considered archaic by the user community!

These two new tools bring multiple benefits to the SAP User Experience, including:

In summary, SAP Fiori Apps and SAP Screen Personas are an exciting and innovative way to simplify, enhance and vastly improve the user experience associated with the large and, often, cumbersome ERP system that is SAP. The modern day workforce expects their enterprise applications to behave and look just like any other easy to use consumer application; they don’t want to remember transaction codes, they want a simple, personalised and responsive experience. Put simply, SAP Fiori applications and SAP Screen Personas are the simplest and most cost effective methods of achieving this goal whilst still using the traditional SAP GUI. In the words of Leonardo da Vinci “Simplicity is the ultimate sophistication”.

With over 360 SAP Fiori applications and SAP Screen Personas working on over 10,000 existing SAP transactions there is now an easy, inexpensive, quick-win approach to bringing the SAP user experience up to date.

Are you interested in finding out about how SAP Fiori Apps and SAP Screen Personas could benefit your business? Contact Rapid ERP now to see how we can help.